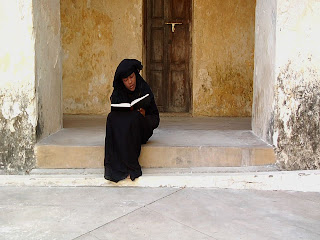 Subira will among several films to be screened at several video shows in Kibera slum's areas of Katwekera and Bombolulu daily as part of the Lola Kenya Screen Film Festival.

All the entries will be FREE as it is part of involving children in film production and improving their status in the society. 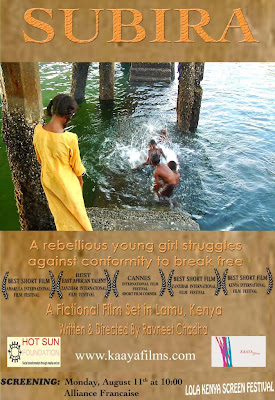 Subira will be screening at Alliance Francaise in October as part of Kenya International Film Festival due to high demand. Ravneet Chadha, the director will be giving a master class, look out for details.
at 1:41 AM No comments:

Subira will be screening at the Lola Kenya Screen Festival, Watch this space for the time and venue of the screening.
at 12:54 AM 1 comment: