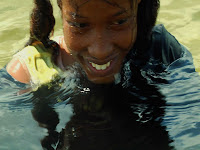 Subira is in the process of being produced into a feature film. According to the director/ writer, Ravneet 'Sippy' Chadha, who is currently working on the feature script, the film would be produced by the May of next year.
at 5:45 AM No comments:

THE MOST SUCCESSFUL KENYAN FILM....

After watching Subira recently, Ogova Ondego, a Journalist and Director of Lola Screen Festival remarked 'in the history of Kenyan cinema, Subira has so far been the most successful Kenyan film', adding that 'it would best be produced as a feature film'.
at 5:27 AM 1 comment: 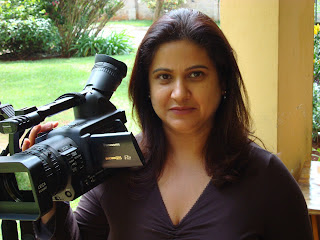 Ravneet Chadha, was born and raised in India, where she completed a bachelor’s degree in psychology. She then went to Toronto, Canada to study business and lived there for eight years running an independent import and export garment company. She moved to Nairobi, Kenya in 1997 where she lives with her family.

Ravneet was in financial services until four years ago when she had a powerful urge to tell her stories through film. She formed a production company KAAYA FILMS in 2004. She is inspired to make a difference through her films. Since then has produced four films and has written and directed two films. Her latest film, SUBIRA, won 'The Best Short film’ award at its film festival debut at the Kenya International Film Festival in October 2007 and won ‘The Golden Impala Award’ for the Best East African Short Film at the Amakula Kampala International Film Festival, Uganda. It also screened at the CANNES Short Film Corner. It is currently being submitted to film festivals worldwide.

SUBIRA has also had tremendous success with audiences in Europe. It was screened in Brussels as part of an African film festival and was highly acclaimed as audiences could relate to the three aspects of women showed in the film. 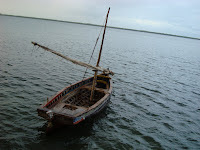 et is inspired to make films that expand peoples’ consciousness and help transform the world we live in. Ravneet is currently the writing a feature film script for SUBIRA. She is a founder member of HOT SUN FOUNDATION which is the non-profit trust, that trains youth in the slums in the skills of video filming such as scripting, acting and camerawork. Her current focus is the SUBIRA feature film project, for which she is the writer and Director. 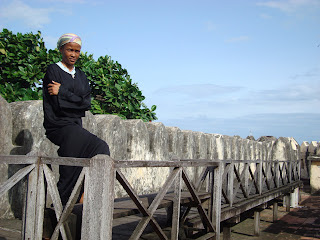 The Producer and Director of Your State of Emergency and work with Asha-media.com, Mark Ashmore was very impressed with the film 'Subria' in the UK and said "this is a wonderful production which makes on asks many questions like when does a child become a women? very good, well shot , great sound, great acting, i can see why it won the Kenyan film festival and i wish you every success in promoting it around the world".

• SUBIRA (2007) an award-winning short narrative film about the four phases of a woman, the innocent child, the traditional mother, the wise and compassionate granny and the rebellious young girl. It is currently being submitted to film festivals worldwide. Director, Writer, Co-Producer.
• TICK TOCK (2006) short narrative film contrasting modern and traditional life in Kenya, showcased in film festivals throughout East Africa. Director, Writer, Producer. 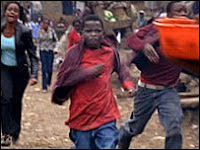 • KIBERA KID (2005-6) the seven-award winning short pilot narrative film. The pilot film is about a young street boy who must choose between gang life and redemption. Shot on 16mm and finished on 35mm. Production Manager.


• CHARCOAL TRAFFIC (2007-8) a short narrative film about the devastating environmental effects of the charcoal trade in Somalia. It’s the first narrative film shot in Northern Somalia in over fifteen years due to civil war. Co-Producer.
at 4:30 AM No comments:

Subira has been a big success in Brussels, Belgium. Audiences thought it was the best film from east Africa. Subira screened in the Brussels Vendrome Cinema on April 19 and in Luvern a small city near Brussels Congrats to Sippy Chadha and all who made Subira!
at 5:23 AM 2 comments: 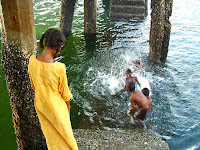 The multi award wining short film Subira has been chosen to screen at the prestigious Cannes film festival, France which starts on 14th – 24th May this year.

Subira has won the Best short film in Kenya International Festivals and the Golden Impala award for the Best East African film in the just concluded Amakula Festival in Uganda. It is to show the prestigious French festival, Cannes next week and later this year in the Public Broadcasting System TV in the USA.

According to the film’s director, Ravneet “Sippy” Chadha, “The audience response to the film has overwhelmed me. This was a small project for me to learn the craft. I feel when an idea’s time has come to be expressed, it is unstoppable. We now look forward to making this into a feature film.”
at 6:41 AM No comments: